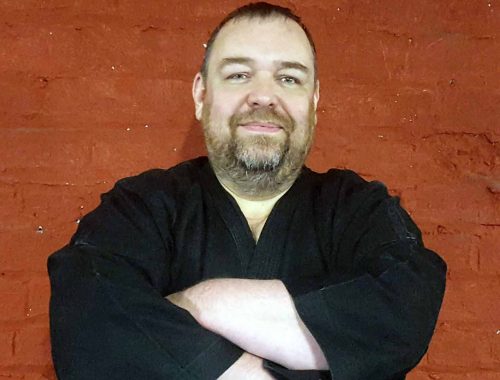 Shane has been involved in the martial arts from an early age and achieved his first grade in Karate at the age of 5 in 1982, 2 years later in 1984 he graded for his first belt in Jiu Jitsu. Shane has continued to train in and teach the martial arts ever since and in 2021 after 39 years of training achieved the rank of 7th Dan black belt.

Over the years Shane has trained and graded in various other styles including – Kickboxing, Mu-Chindo, Okinawan Weaponry & Boxing, but has always maintained his training in Karate & Jiu Jitsu.