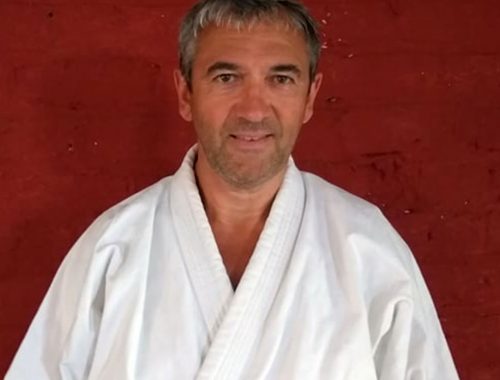 Rob started training in Jiu Jitsu in 1987 at a dojo in London where he trained under sensei Colin Elgie, he continued his training there for several years and achieved his brown belt. After leaving London and moving to West Yorkshire Rob found Optimal Martial Arts where he resumed his training and has stayed ever since.

Rob currently holds the grade of Black Belt 5th Dan in Jiu Jitsu and is one of our most senior instructors.

In addition to Jiu Jitsu Rob has trained in various other styles over the years and has brought elements of those styles into what we teach. Rob has a particular interest in Kyusho Do (pressure point application) and incorporates these into many of the techniques he teaches.